The composer and renowned trumpet player has been a consistent artistic force for making powerful musical statements concerning painful American tragedies – past and present.

Terence is unique in the jazz world as an artist whose creative endeavors go far beyond the genre into film scoring, crafting television series soundscapes and conceiving grand operas that have been recognized at the highest levels of art appreciation. In addition, Blanchard has been at the forefront of giving voice in his works to socio-cultural issues and racial injustices of our time.  “Like anybody else, I like to play feel-good party music, but sometimes my music is about the reality of where we are,” says Blanchard who today lives in Los Angeles as well as in his native New Orleans. “I’m just trying to speak the truth.”

Blanchard’s truth flourished in 2021 which has been a banner year for him. He was nominated for an Oscar for his film score writing and arranging Spike Lee’s Da 5 Bloods, marking his second Academy Awards nomination. He also collaborated with Lee on composing the music for the director’s eight-hour series on the aftermath of 9/11 on HBO NYC Epicenters 9/11-20211/2. Plus, he scored Regina King’s feature directorial debut, One Night in Miami.  And upcoming film projects include Father of the Bride starring Andy Garcia and Gloria Estefan, directed by Gary Alazraki and The Woman King starring Viola Davis and directed by Gina Prince Bythewood. 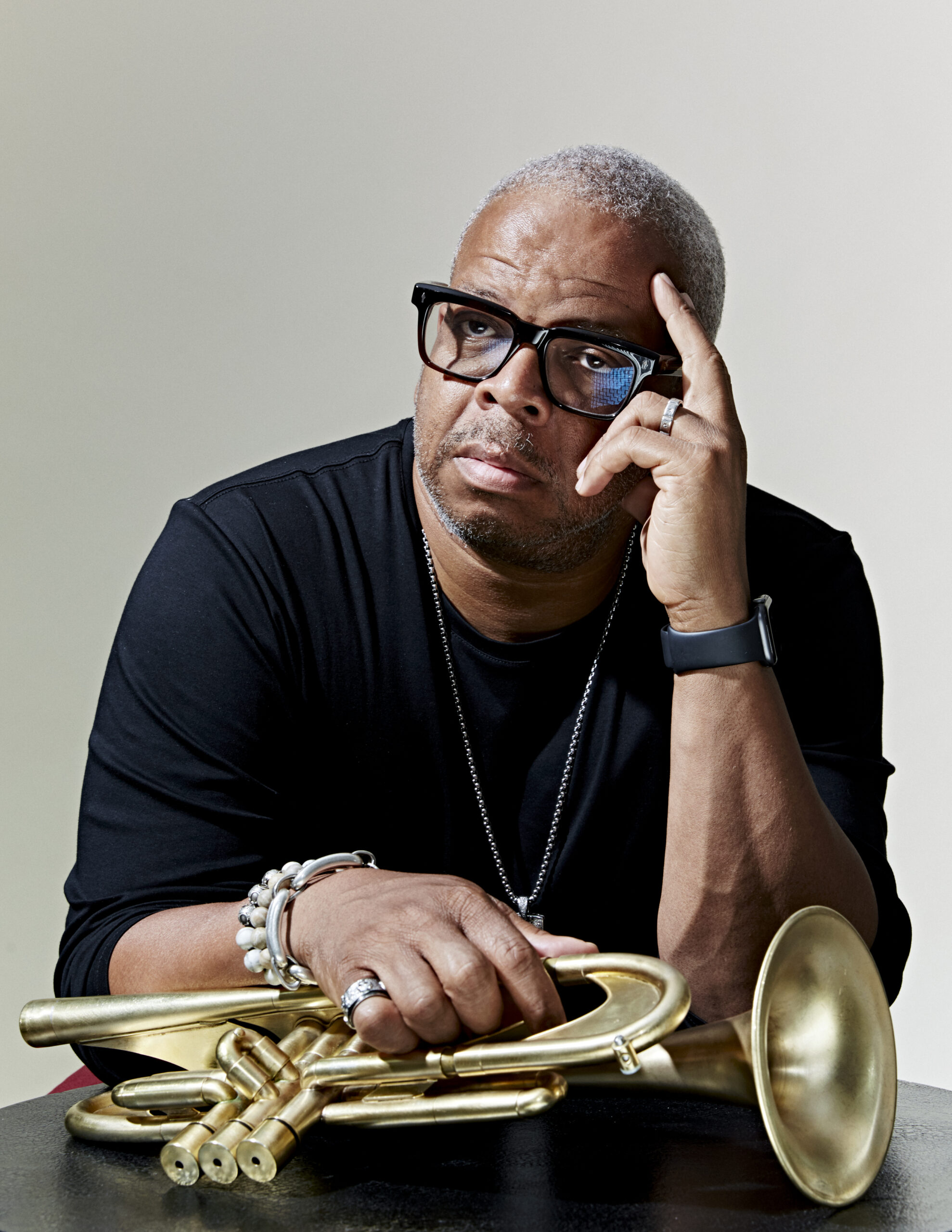 Perhaps Blanchard’s most challenging and fulfilling endeavor has been his entry into the world of opera. His second “opera in jazz,”

Fire Shut Up in My Bones, based on the best-selling 2014 memoir of The New York Times journalist Charles M. Blow, with the libretto written by Kasi Lemmons, Fire Shut Up in My Bones explores Blow’s struggles to transcend and overcome a cycle of violence. The orchestration is conducted by Yannick Nézet-Séguin, and stars Angel Blue, Latonia Moore, and Will Liverman and opened New York’s Metropolitan Opera House 2021-2022 season—the first time a project by an African American composer graced the Met’s stage in its 136-year history. “There’s nothing like it,” Blanchard says. “It’s the greatest form of musical theatre that I’ve ever experienced. And to open the Met’s season is very special. I wish my father could see it. He’s looking down and saying, ’I told you so.’” Blanchard’s first piece, Champion, premiered at the Opera Theatre of Saint Louis in 2013. In his soulful score Blanchard captures the life and struggles in the early ‘60s of African American welterweight champion Emile Griffith from St. Thomas as he deals with a tragedy in his career as well as his bisexuality. The libretto was by Pulitzer Prize-winner Michael Cristofer. Champion will premiere at the Metropolitan Opera in April of 2023 with a larger production and score. “I do love opera,” says Blanchard. “My father was an amateur baritone who was always singing. I heard opera music every day in my house as a kid. I would listen to La Bohème and hear how Puccini wrote melodic lines. I’ve been trying to find that in my own life—to bring the culture of jazz into opera. With my works, I’m attempting to have African American voices that come from the church to bring the music into a personal level.”  Blanchard’s renown as an educator continued to be recognized in his 2019 high-profile position as the Kenny Burrell Chair in Jazz Studies at the UCLA Herb Alpert School of Music after serving as artistic director of The Berklee College of Music (2015-2018), the Henry Mancini Institute at the University of Miami (2011-2014) and The Thelonious Monk Institute of Jazz (2000-2011).
If that’s not enough, Blanchard celebrated a significant anniversary in 2021. In his thirtieth year as a recording leader, the six-time Grammy winner delivered Absence, a masterwork of sonic zest in collaboration with his longtime E-Collective band—pianist Fabian Almazan, guitarist Charles Altura, bassist David Ginyard, drummer Oscar Seaton—and the acclaimed Turtle Island Quartet which since its founding in 1985 by violinist/artistic director David Balakirshnan has uniquely reimagined the hybrid  language for the string quartet. What started out as a tribute to jazz prophet Wayne Shorter, Blanchard innovated a collaboration that created a sublime chamber jazz ensemble with new arrangements of the master’s gems as well as originals inspired by his brilliance as a composer. Blanchard’s youngest daughter, Jordan, also plays a role on espousing the wisdom of Shorter. She’s become a good friend with him and wrote a short essay for the liner notes that reads in part, “The weight of being is measured in absences…Wayne Shorter is known to bestow grace upon us when we are restless in absence.” Dad adds: “The one constant in Wayne’s music is his ability to calm the restlessness in all of us.” 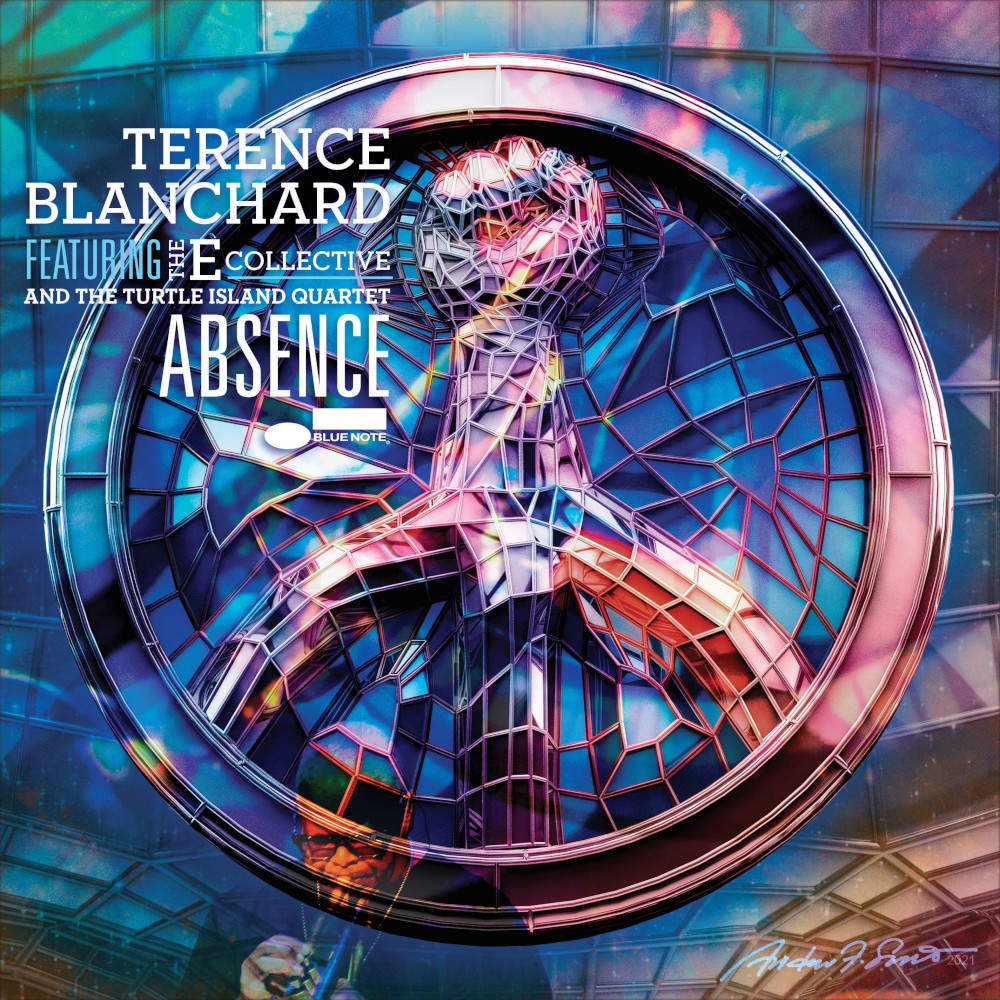 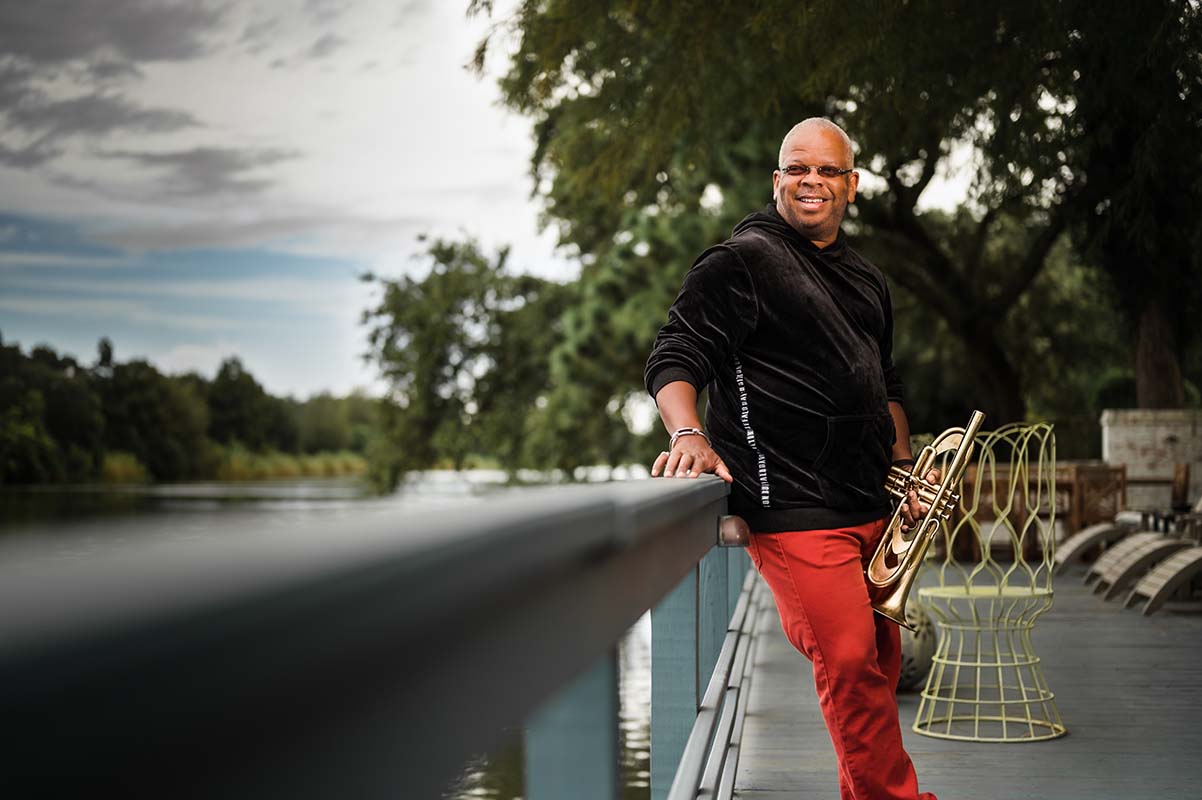 Born in New Orleans in 1962, Blanchard began playing piano at the age of 5. He added trumpet three years later. In summer music camps, he became friends with Wynton Marsalis and Branford Marsalis. After a teenage stint touring with the Lionel Hampton Orchestra, in 1982 Wynton recommended him to take his place in Art Blakley’s Jazz Messengers. Blanchard joined and served until 1986 as the band’s music director—the same role Shorter, the band’s primary composer, filled from 1959-1963. “With Art, we played all of Wayne’s tunes and we loved them,” says Blanchard. “Oh my God, his music was amazing. He and Thelonious Monk set the table for me for composition.” That fit with Blakley who wanted his band members to write new music to keep the band fresh. Blanchard estimates that he wrote between five and ten tunes for the band—some of which were never played or recorded.  While Blanchard continued to be a Jazz Messenger until 1990, he and fellow band member Donald Harrison formed a quintet that recorded seven albums for different labels. Blanchard began his solo career at CBS Records with his 1991 eponymous album. At the same time, he began working with Spike Lee, first performing on the soundtracks to Do the Right Thing and Mo’ Better Blues. Blanchard’s score for Jungle Fever in 1991 marked the beginning of the long-standing collaboration. Blanchard was nominated for a best score Oscar for Lee’s 2018 film BlacKkKlansman and 2020’s Da 5 Bloods. He became the second African-American composers nominated twice in the category—duplicating Quincy Jones’ honors for In Cold Blood in 1967 and The Color Purple in 1985. While Blanchard says he and Lee have lost count of how many projects they’ve worked on together, it’s estimated to be in the range of twenty, including 17 films and three television projects. Highlights include 1992’s Malcolm X and the 2006 Hurricane Katrina documentary film, When the Levees Broke: A Requiem in Four Acts. Lee told Variety that their partnership is “a match made in heaven.” He added, “One of my favorite parts of filmmaking is when we record the score…Recording Terence’s score is one of my favorite parts of the whole process…. For me, my films aren’t complete until the score is in.”  Blanchard marvels at Lee’s filmmaking. “Spike is fearless,” he says. “He tells stories that need to be told. When there are injustices, the best way to rectify them is to open people’s eyes up to them. When I see his next scripts, I think, damn, he’s done it again. I’ve learned so much from him. He inspires me to grow.” Beside working with Lee, Blanchard composed music for two Kasi Lemmons films (1997’s Eve’s Bayou and 2019’s Harriet), Stephen Adly Guirgis’ Broadway play The Motherfucker with the Hat (2011), George Lucas’s film Red Tails (2012), the 2012 Broadway revival of A Streetcar Named Desire, and the 2021 National Geographic limited series Genius: Aretha. In 2020, he contributed to the HBO television revival of the Perry Mason series, working with director Tim Van Patten. “This ain’t your daddy’s Perry Mason,” says Blanchard who worked on the musical backdrop of each episode. “The teaser for the series had big band music, but it sounded dated. I developed scores that were like the shows: a mixture of the old and the new.” The series has been renewed for a second season. The center of gravity to all Blanchard’s works is the undergirding of his beautiful, provocative, inspiring jazz recordings. The same holds true now as it did early in his career in 1994 when he told DownBeat: “Writing for film is fun, but nothing can beat being a jazz musician, playing a club, playing a concert.” In 2015, Blanchard formed his revolutionary jazz band E-Collective creatively proficient at layering grooves fueled by funk, rock, R&B and the blues. Its first Blue Note Records album, Breathless, was a musical protest expression instigated by the “I can’t breathe” pleas by Eric Garner who died in 2014 as a result of police brutality against an African American—it presaged the George Floyd horrors of the future.  As in past E-Collective recordings, on the new album Absence, Blanchard gives free reign to his synth-inflected ensemble to stretch as a band. “I give them the room to explore as composers and arrangers,” says the leader. “It’s important for the band itself as well as for my own growth to develop new ways of playing other people’s music. The guys do things that I would have never thought. We try to create something unique.” Regarding his attachment to artistic works of conscience, he says, “You get to a certain age when you ask, ‘Who’s going to stand up and speak out for us?’ Then you look around and realize that the James Baldwins, Muhammad Alis and Dr. Kings are no longer here…and begin to understand that it falls on you. I’m not trying to say I’m here to try to correct the whole thing. I’m just trying to speak the truth like Max Roach with his We Insist! Freedom Now Suite, John Coltrane playing ‘Alabama,’ even Louis Armstrong talking about what was going on with his people any time he was interviewed. Then there’s Herbie Hancock and Wayne Shorter who live by their Buddhist philosophy and try to expand the conscience of their communities. I’m standing on all of their shoulders.” Blanchard told one scribe, “Music and art have the power to change hearts and souls.” That sums up his social and spiritual mission. —Dan Ouellette