Andrew F. Scott created the cover for my new release, Breathless. He’s the Andrew Scott from Savannah, not the Scottish Andrew Scott, who is also a sculptor. You can tell the difference. Andrew F. Scott’s art has everything to do with African American culture and art, it is steeped in it and forged by it, though if you forget the F. as the middle initial you’ll never find him in Google as the other Scott rules the search pages. Which is one reason why I have his link right here [http://www.afsart.com/].

Andrew will be visiting New Orleans, again, soon, I hope. He dropped in on us during JazzFest and in between concerts and interviews and sound checks, we had a few minutes to catch up. When he comes back down from Dallas—he teaches at UT there—I really want to have a sit-down and delve into his creative process and dig deeper into his trove of art.  How growing up in Brooklyn during the ‘70s and then working in Georgia, now Texas, informs his search for truth in art.

And he’s a computer genius, though I am sure he would scoff at the term. Below is shot of a column sculpture Andrew created at the Savannah College of Art & Design. He first pulled together some photography majors to create some light designs, then he flowed those designs through technology to emerge with this piece.

Here’s the shot from his blog. Andrew first had the students paint a shape with a light in a darkened room for his camera. That’s those swirls on the left. Then the pictures were randomized and (I’m skipping some steps here so don’t try this at home) then shimmied into a computer program called Rhinoceros, a few more steps later they were latticed together to create a continuous set of curves; ending up as a column of inordinate beauty. I must concur: “genius”!

Until we can drag him over to the Big Easy, for now here’s his bio and the artist statement from his site, and just a few pictures that I posted earlier.

There’s much more of his sculptures, installations, and even lamps, to see onhis site, and in his flickr stream. Check it out, it is well worth the visit.

And if you missed the link, here’s the pics I pulled out of the stream.

Andrew and some guy in New Orleans

Andrew F. Scott Artist Statement My artwork serves as a bridge through which I can reconcile and communicate collective cultural ideals. These ideals are expressed as objects or installations which have relevance and significance on a variety of levels to the society in which they exist. As a result, most of my work is conceptually based. Once a concept has been defined, I will seek out and utilize whatever media and means that will best facilitate the realization of my ideas.

African American art and culture play an important part in the development and conceptualization of my ideas. Personally, I view traditional African and African American art in the spirit of Sankofa. That is, I view them as a means of retrieving my past so that I am better prepared to step into the future. In both traditions, dynamic formal qualities work in a symbiotic relationship with concepts that evoke collective cultural ideas. Through synthesis, manipulation and abstraction, I reinterpret these traditional forms and ideas and bring them into a modern context.

Bio Andrew Scott was born in Brooklyn, New York. He lives and works in Dallas, Texas. His work has been exhibited locally, nationally and internationally. He has worked on several public art and large civic projects. He has been the recipient of fellowships from The Ohio Arts Council and The Greater Columbus Arts Council. He received his BFA from Long Island University, Southampton Campus. He was awarded a University Fellowship for his MFA studies in sculpture at the Ohio State University. He also studied at the Advanced Computing Center for the Arts and Design (ACCAD) at the Ohio State University.

As an Assistant Professor in the Department of Art he established the Computing Center for the Arts at Central State University and taught courses in sculpture. Andrew Scott worked as Creative Director in the Transportation and Surface Division at Burgess and Niple Limited, an engineering and architectural firm headquartered in Columbus, Ohio.

He was formerly a professor of Sculpture at the Savannah College of Art and Design as well as also the Coordinator of the Sculpture Program on the Savannah Campus. Presently he is associate professor of arts and technology for the University of Texas’s Arts & Technology (ATEC) program based at their Dallas campus.

The Ashanti Stools by Andrew F. Scott made from polychromed steel as seen at the Blanchard residence 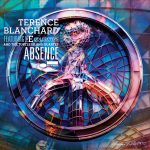